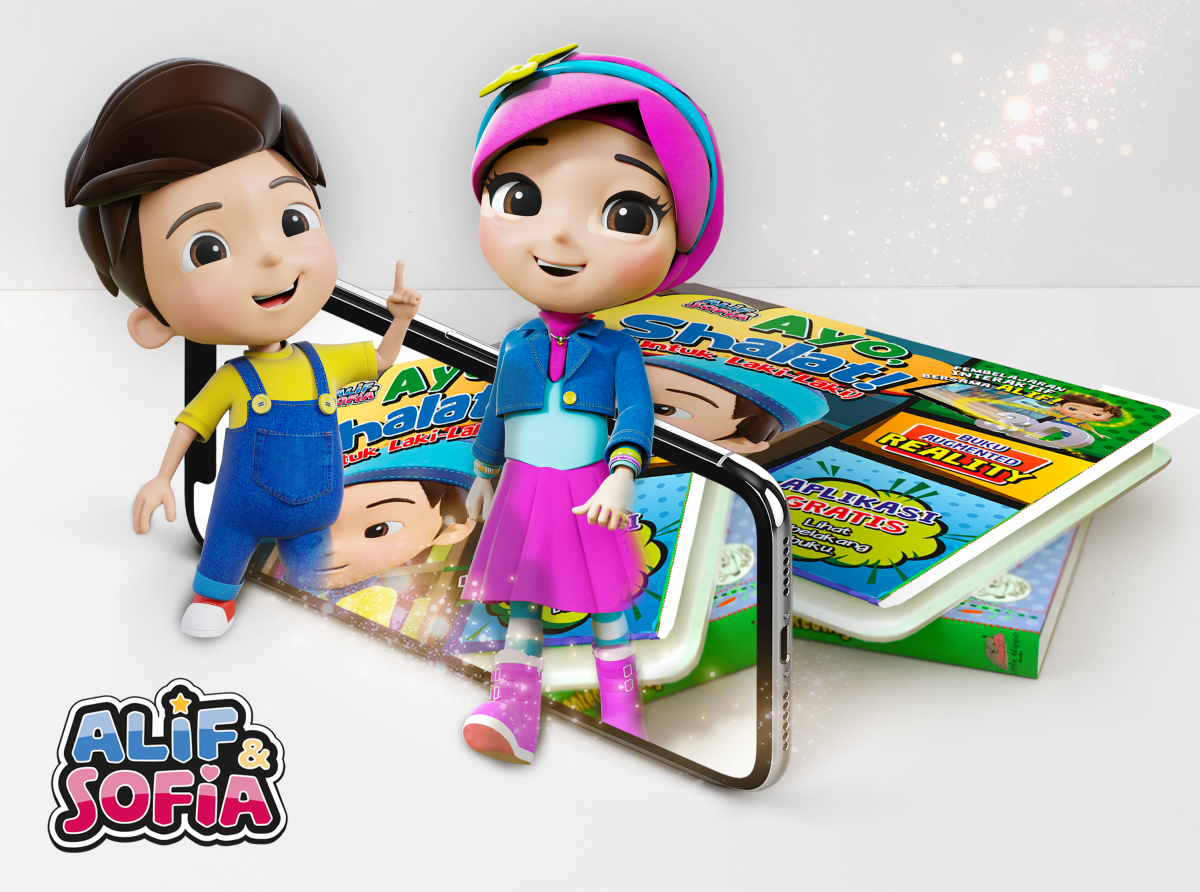 We created AR content for a children book with augmented reality about Alif and Sofia, the two child characters popular in the Muslim world, to shatter the stereotype about Islam as a conservative religion unwelcoming to everything new and brought innovation into religious education.

Two books, one for girls and one for boys, stimulate children to join the boy Alif and to the girl Sofia in their prayer, which holds the central place in the entire Muslim culture. For example, the characters demonstrate children how to perform ablution before starting a prayer, what poses should be taken during a prayer, what to say and how to behave in this process, which is sacred for all Muslims. In this way, the process of praying becomes more than just a routine – it turns into an interactive and colorful experience shoulder to shoulder with the favorite characters.

This innovative project consists of 11 animations with augmented reality for each book, which guide children step by step through the praying process and conclude with a colorful jolly dance with both characters. Two separate books were created because of the differences in some aspects of praying for boys and girls, which are demonstrated in details using the educational potential and interactive capabilities of augmented reality. For the current generation of children, who are born with a smartphone in their hands, augmented reality effectively boosts the attractiveness of such cultural education projects.