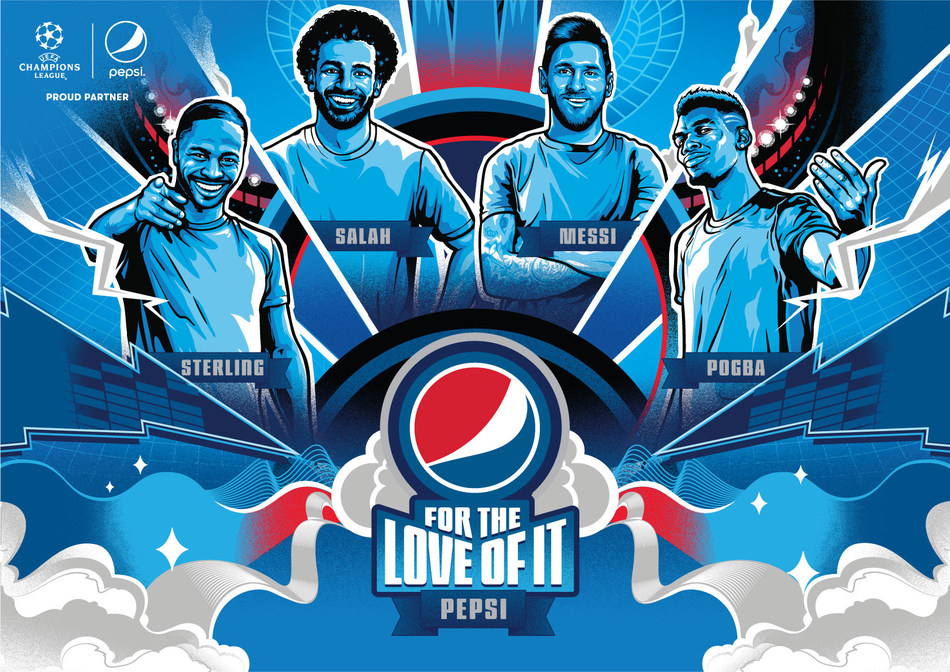 The global giants of the mass market are increasingly using AR.This time Pepsi.

The faces of Pepsi this time were four world football stars Lionel Messi, Paul Pogba, Mo Salah, and Raheem Sterling. They starred in the minute video, which became the basis of the entire campaign. In addition, the stars were involved in the #PepsiCanBalance challenge, where they tried to hold cans of drink on unusual surfaces and actively encouraged their followers to take part in the challenge

An important component of the company was the use of AR. A limited batch of cans of drink contained QR codes that activated clips with stars playing "Keepie Uppie" (tapping the ball for a while). Buyers were also given the opportunity to share their results in this game through Instagram Stories.