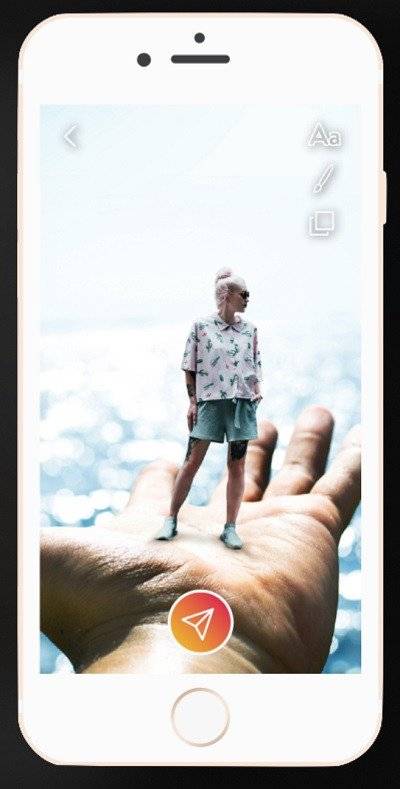 Stores without consultants in the future

CES 2018 that takes place in Los Angeles - the largest exhibition in the United States, where numerous companies present the latest developments and innovations in technology. Among all shown projects, the company AiFi was especially prominent, which presented a technology of augmented reality, which creates three-dimensional holographic selfies. This feature will be available in two official applications of the company: Holo Messenger and Wonderlends.

The technology works as follows: the user turns on the cameras and cuts out the background. With the help of this, you can replace the background and put images of a person from a photo or video in any context: move the image of a person to the peak of Kilimanjaro, to the surface of the moon, to the hot Sahara desert or to futuristic Tokyo-any imaginative ideas can realized by a couple clicks. Besides, it is worth noting that you can change the background, not only at a pre-recorded video or captured image, but also in real time.

Of course, the augmented reality of such an advanced level is a resource-intensive technology that the newest Iphone or Ipad will not be able to cope with (at the moment the application is being prepared for release only on Apple gadgets). However, in this regard, there is no need to worry; the application requires a minimum of computing from the mobile device, since processes of the modification of all images going by using cloud technology on AiFi servers located in Silicon Valley (America, California).

In entertainment terms, the technology opens entirely new possibilities: for example, just for fun, you can put your image at screenshot from the movie "Jaws", when the shark swims to its victim, or when you record video congratulations, insert your image on the background with friends. For all fans of the movie Star Wars, the developers of the program made a pleasant surprise - the hologram stylized in the style of a movie and reproducing with the help of the android "R2D2".

One of the founders of AiFI Steve Gu at the exhibition said that the presented capabilities of the technology of augmented reality are just a little of what this innovative inventions is capable of. Upon the application of Steve Gu AR - this is the near future, which will be applied in a variety of spheres of human activity (for example, marketing), and not just in entertainment.

It is expected that the technology will find wide application in the field of retail trade and in the "smart city" system. It is easy to imagine how in the future consultants from shops will disappear completely, because the buyer will just need to point the phone at any liked product, so that a holographic projection of the consultant appears, who will tell about all the features of the product and recommend similar models.

AiFi is a young company that was founded in 2016 and consists of 18 employees. Nevertheless, the company's promising inventions have already brought in more than $ 4 million of investment, which guarantees the successful completion of the development of AR technology.