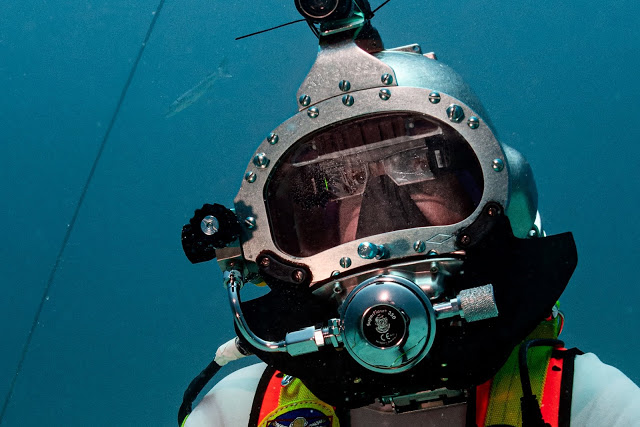 The AR system used by US Navy in its Kirby Morgan-37 helmets for diving suits attracted attention of NASA that aims to use it for spacesuits. DAVD (Diver Augmented Vision Device) is a high-resolution AR display that is implemented for deep-dive helmets. The system is able to translate in real time such critical information as messages from operators above water, a sonar view of the ocean seabed, photos, and videos.

Having its own training center for preparing astronauts, NASA has an underwater habitat with conditions similar to those in space - NASA Extreme Environment Mission Operations is the name of the training program. Adjusted to NASA’s tasks and information, the AR helmet could become a great tool for astronauts that often operate in extreme condition similar to those at great depths, doing tasks such as space station procedures and other extreme missions. NASA wants to make the most of AR technology in order to provide astronauts with crucial hands-free information during their missions.