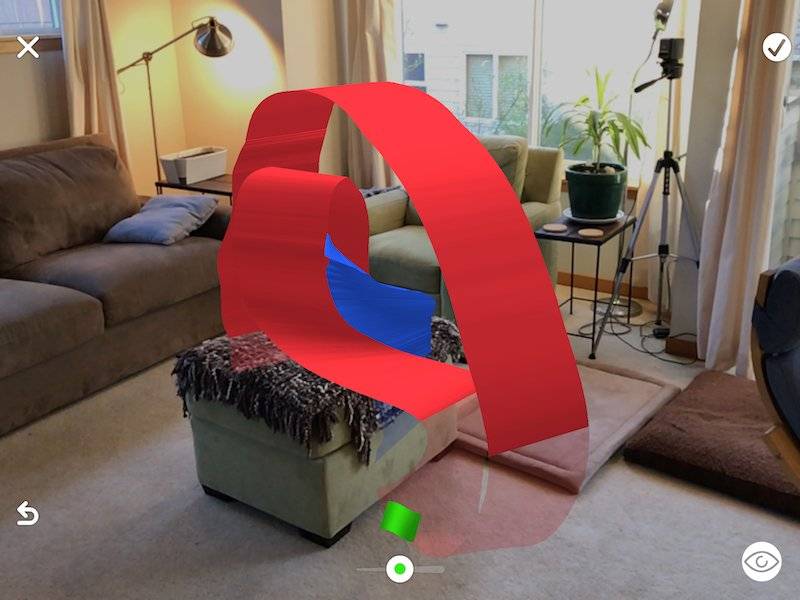 Mozilla has launched its first ever augmented reality app for iOS. The company, best known for its Firefoxbrowser, wants to create an avenue for developers to build augmented reality experiences using open web technologies, WebXR, and Apple’s ARKit framework.

This latest effort from Mozilla is called WebXR Viewer. It contains several sample AR programs, demonstrating its technology in the real world. One is a teapot, suspended in the air. Another contains holographic silhouettes, which you can place in your immediate vicinity. Should you be so inclined, you can also use it to view your own WebXR creations.

The app isn’t merely a demonstration of interesting mixed reality experiences created with web technologies (although it does this very well.) Rather, it serves to advocate for Mozilla’s proposed WebXR standard, which is yet to take root in the web development community.

Mozilla suggested WebXR in October of this year. While it’s yet to become canon (for lack of a better word), it’s certainly an interesting idea. It extends the existing WebVR standard (which has existed since 2014) to encompass augmented reality experiences.

WebXR would be a seismic leap for the Augmented Reality world. For starters, it’d make it simpler to build browser-based augmented reality experiences, which could see them shift to the desktop from the smartphone.

It could also lower the barrier to entry significantly. The idea that if you know JavaScript and have a copy of Firefox, you can create your own AR apps is seriously compelling. It would narrow the gap between, say, a 13-year-old completing a JavaScript course on Codecademy, and them building their first ever mixed reality experience.

Mozilla isn’t the only company trying to bridge the gap between the web, WebVR, and augmented reality experiences. Google recently launched an extension to WebVR called WebARonARCore.