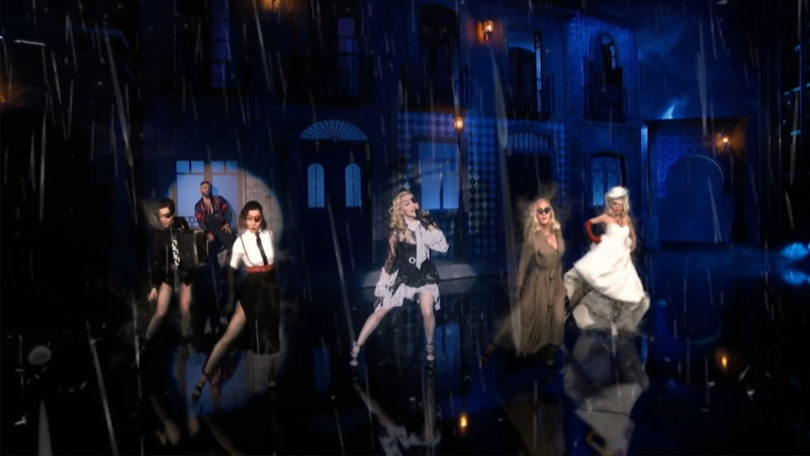 On May 1st, Madonna performed with Maluma at Billboards’ Awards in Las Vegas and and used augmented reality to create several versions of herself during the performance.

During the performance of Medellin song, Madonna and Maluma were joined by Madonna’s four different AR personas: a bride, a musician, an undercover agent, and a cha-cha instructor. These “clones” were organically incorporated into the performance, matching the scene visuals. Take a look at the performance below:

This unusual AR performance was created by Sequin, a young AR developing company, using the capabilities of Unreal Engine and volumetric capture technology, with moves recorded by Madonna in a London studio. To capture the performance, three cameras were used in general and Brainstorm tool that made sure that digital content generated by Unreal Engine is synchronized perfectly with different digital objects used in the scene.