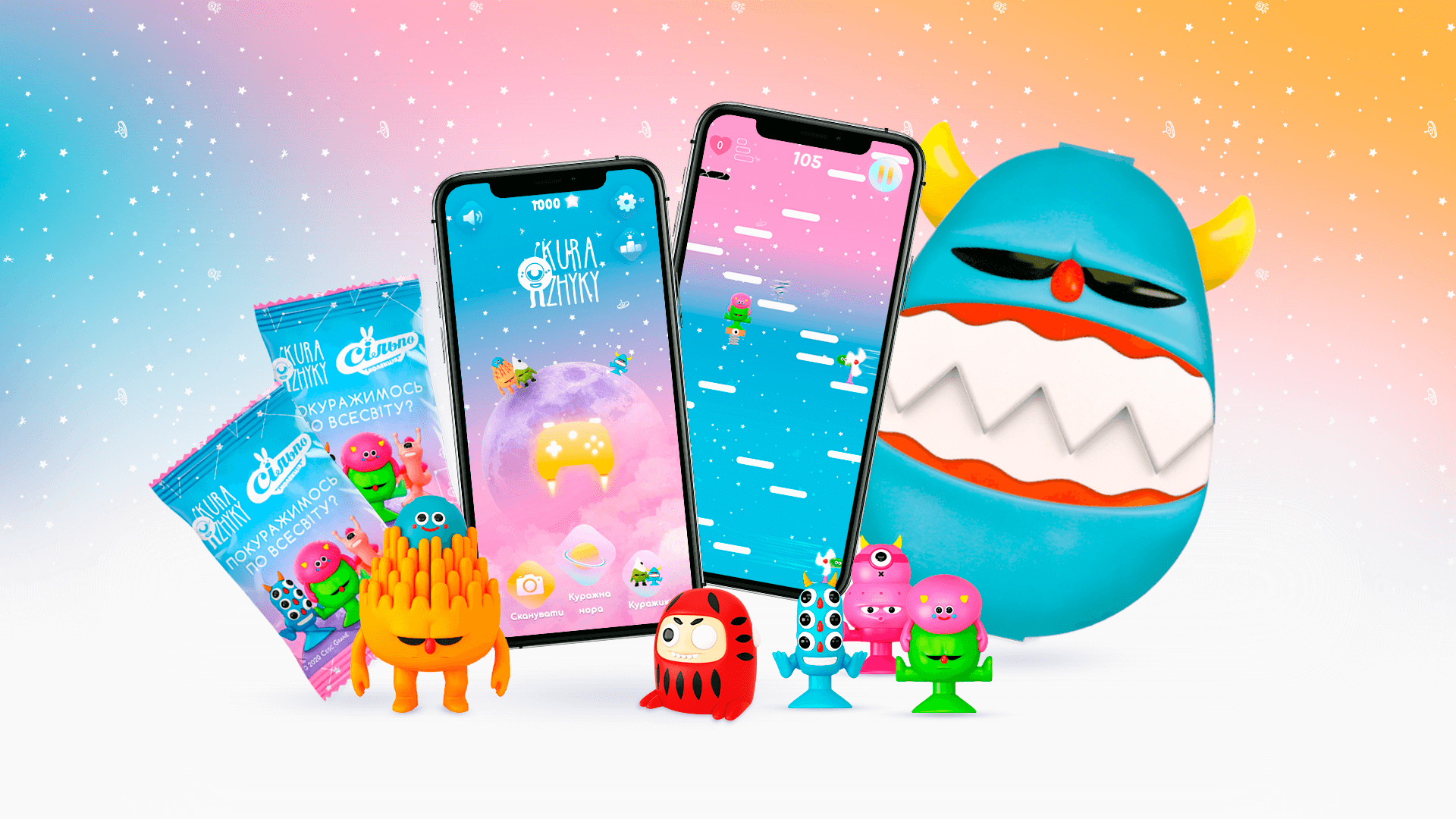 After the successful launch of 2 previous loyalty programs for kids in the first half of 2021, the client contacted us with a new request to create an AR app for the new Kurazhyky project with entertaining and educational content that will appeal to both children and adults

The app works with one of the elements of the loyalty program: vinyl toys.
With the AR app, each toy can be scanned and placed into a special digital album. Also in the app, the user can play with the hero in an exciting interactive AR (augmented reality) game.

In total, 16 unique Kurazhyk characters are retailed within this loyalty program.

We have created a unique AR game for each hero. And for those who are more fond of classic games, we have developed another 3D game based on the Doodle Jump mechanics.

After scanning the vinyl toy, the user points the phone's camera to the floor. After the app recognizes the horizontal surface, a portal to the world of Kurazhyky appears above the floor. The user can enter it and start playing games.

In addition, the app features another 3D game with gameplay mechanics based on jumping. The access to it opens after at least one Kurazhyk character appears in the digital album.

The object of the game is to get as high as possible using the steps and avoiding obstacles.

The retailer continued its already popular series of innovative AR loyalty programs for kids. The project provides a constant connection with customers through innovative and engaging experiences that make them want to return exactly to Silpo.

It seems fair to say that Silpo has once again surprised his loyal customers and got an up-to-date working tool for attracting new ones.