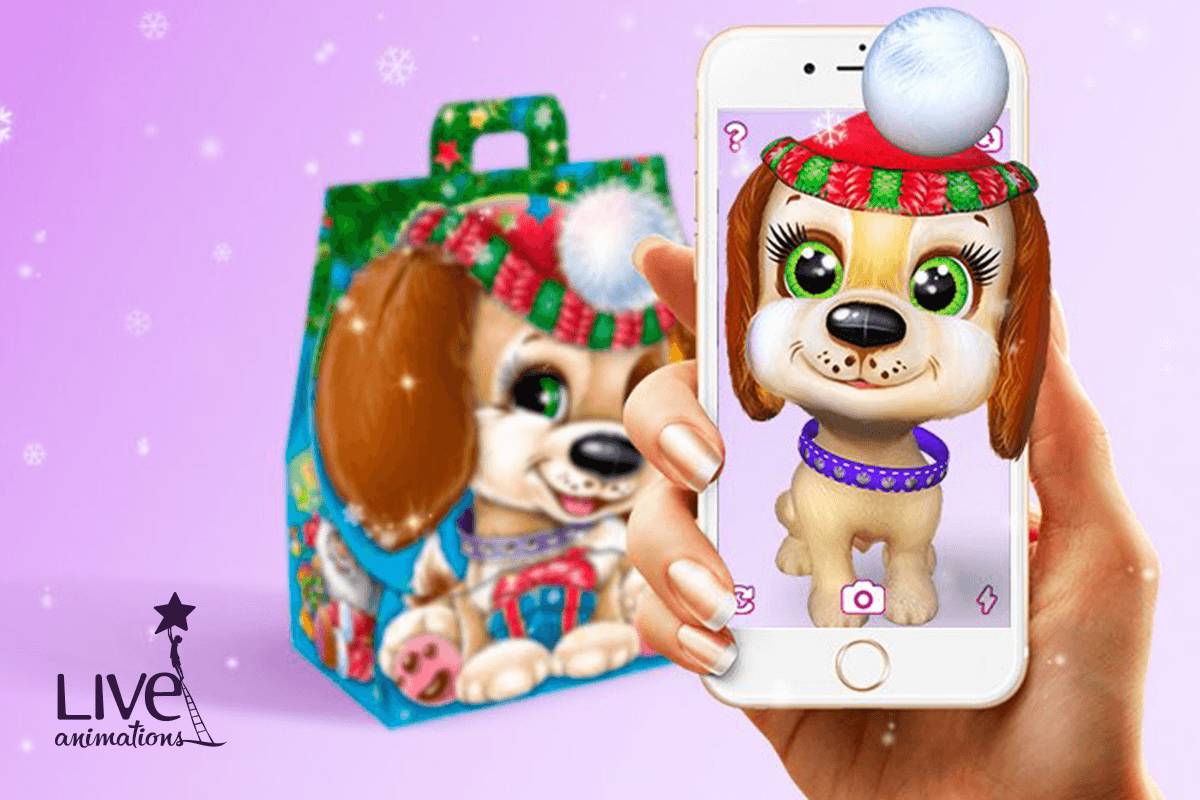 Summer is the season for New Year’s marketing campaigns. Augmented reality is one of the most effective tools for brand development and it can turn the winter holidays into a truly magical season for your product.

Неre are two examples of a successful AR marketing campaign over the New Year holidays from Live Animations.

In the run-up to 2018, Live Animations has created an AR marketing campaign for TimPak (ТимПак) LLC (see the product example in the photo), it produces and sells New Year's and gift wrapping.

With the help of AR we animated a character - the dog named Lapulia, who interacted with children directly from the packaging. We developed three stories with the main character. Children can watch the animations using the application. Children had the opportunity to take photo with the symbol of last year and share it on social networks. The app received a rating of 4.4.

We have animated holiday gift packaging for Gotek (Готэк), the largest packaging company in Eastern Europe. With the help of augmented reality, the characters congratulate the children on the upcoming holidays, making for them the great show. The combination of sweets, Christmas atmosphere and innovative packaging with advanced AR technology enhances the brand's value by highlighting it on the shelf among others items.

In 2016, a collection of New Year's packaging with augmented reality was presented in Frankfurt and won the World Pack Organization award.

This innovative marketing solution, enhanced by augmented reality, helped manufacturers reach a new level of production and attract more fans to their brand.