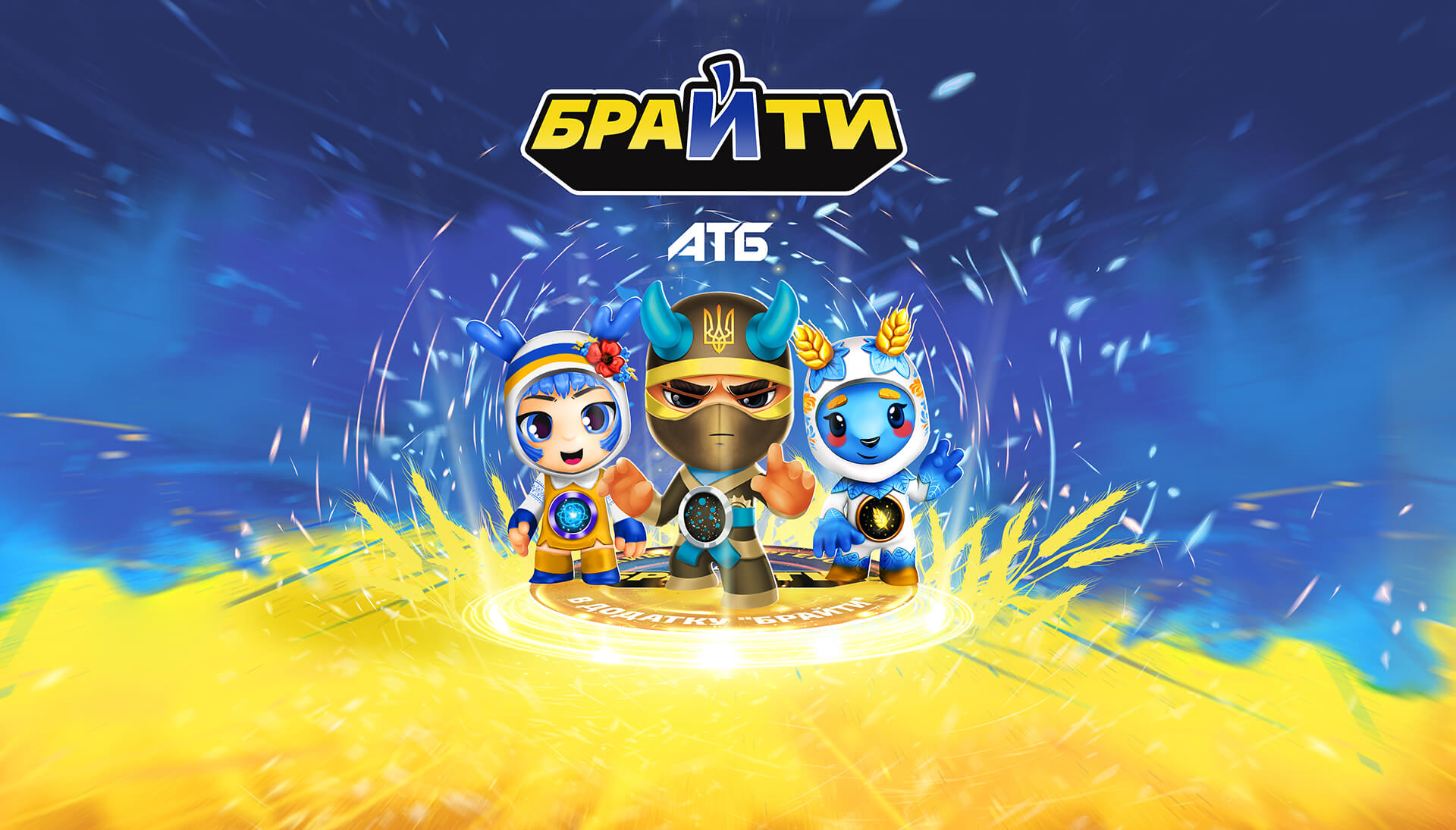 ATB-Market is the largest retail chain in Ukraine. It includes more than 1,000 stores in 279 cities and small towns in 24 regions of the country, and new ones are constantly being opened. In 2020 alone, the chain opened 100 more stores.

More than 3,000,000 people shop in the ATB-Market chain every day. Trade turnover for 2019 amounted to UAH 126 billion. The network is the largest employer in Ukraine. It employs about 60,000 people.
The company regularly conducts loyalty promotions, including innovative ones. We have implemented several promotions together.

To carry out a CHARITY loyalty promotion in retail, solving several tasks at the same time

In partnership with NTI Loyalty, we developed and implemented the concept of a loyalty promotion for retail, including digital and off-line games.

This combination ensures maximum involvement of the target audience in the promotion and increases its both medium and long term commercial effect.

Off-line game is a modern interpretation of the classic Caps game.

For every 99 UAH in the check, the buyer gets to buy at a promotional price (2 UAH) one sachet with a round flat chip made of thick cardboard called caps. On one side of the cap has the logo of the market chain, and on the other side there is a colorful image of one of the game characters - the Brights (Ukrainian superheroes). In total, 32 unique characters are presented in the off-line collection. All heroes bear names associated with the russian-Ukrainian war. The appearance of the heroes is based on Ukrainian national colors and heraldic symbols.
When purchasing any of the partner products of the promotion, the buyer also receives the right to purchase one sachet for 2 UAH.

Caps can not only be bought, but also won. To do this, the players collect their caps in one pile with their “shirts” up and in turn hit the pile on a horizontal surface. The overturned caps remain with those who hit, the rest pass to the next player. The goal is to collect as many characters as possible.

In order to make it even more interesting to play, we divided the Brights into three legions - the Ukrainian Legion, the Animal Legion, the World Legion. Each Legion has Common, Epic, Legendary, and Rare Brights. The latter can only be obtained by purchasing a special tube with caps.

Each of the Brights is unique and has special superpowers that can be used in the mobile game.

Each Bright depicted on caps can be animated in a free mobile application and transferred to a virtual battlefield.

There a team of Ukrainian superheroes fights against military columns of orcs that have invaded their land. The Brights destroy both the invaders themselves and their military equipment.

Additionally - right in the application - you can buy a few more Brights with advanced combat capabilities.

The player's task is to repel the attacks of the invaders and clear Ukraine from the orcs.

This promotion has a deep meaning - we strive to give our children not just faith in victory, but also the experience of such a victory, even if it’s now just virtual. To show how important the preparation of a warrior is for his effectiveness on the battlefield. And to start the tradition of perceiving Ukrainian symbols as significant attributes of superheroes.

Connection of off-line and digital components

Additionally, under this promotion, a collector's album is distributed.

It is used both for storing a collection of caps, and for training and “pumping” the scanned characters in augmented reality, on a special playground on the back of the collector. After AR training, each character acquires additional abilities that increase his effectiveness in combat with orcs.

Brights managed to collect and donate the planned 20,000,000 UAH to charity.

The popularity of the promotion surprised even top managers of ATB, who are very familiar with the success. Just a few days after the start of the action, the Brights mobile application took first place in terms of the number of downloads among free games on Google Play and the Apple Store. In addition, without spending a dime on promotion, the Brights have received about 15,000,000 views on Tik Tok and over 10,000,000 views on YouTube. Bloggers on their own initiative filmed reviews and thus gave the project free advertising.

The demand for caps exceeded the planned figures, therefore, right in the process of the campaign, an additional print run had to be printed