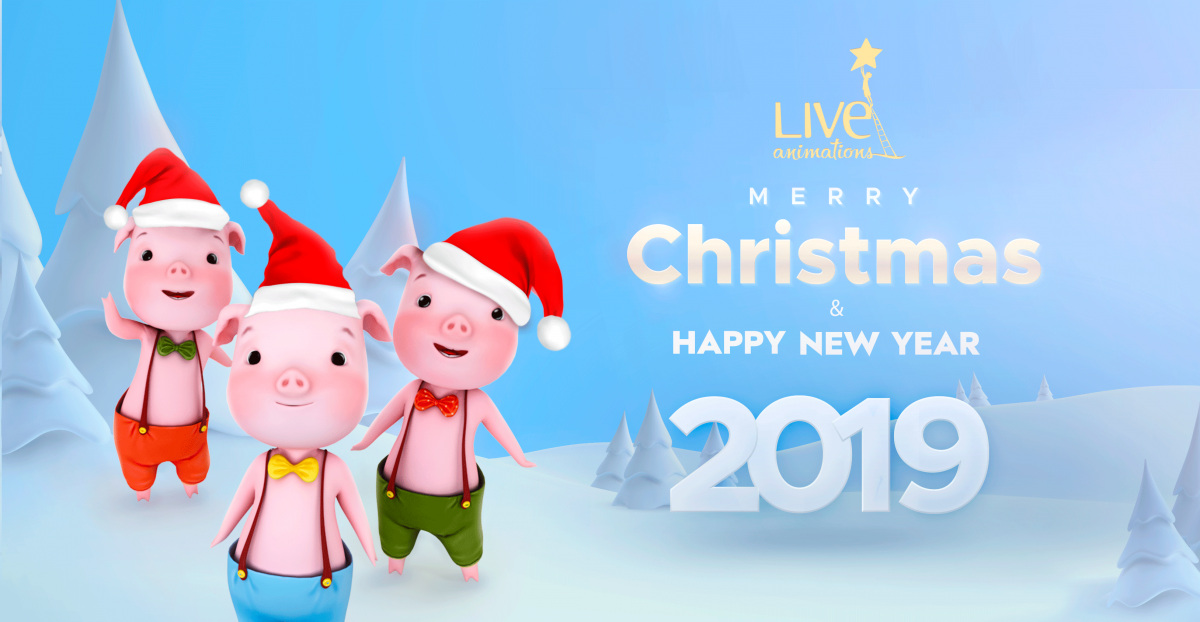 How to develop a character in the AR for the New Year: cases by Live Animations

Augmented reality is an effective marketing tool. You can create a new unique world of the brand and raise the emotional connection of the audience with your product. With the help of AR, you can develop a character with its own legend who will personify your brand and become the link between the user and the product.

Character development in AR is becoming a particularly powerful marketing tool when it comes to a thematic campaign, like those tied to New Year holidays, for instance.

Live Animations has animated with the help of AR more than 100 characters who became the favorites of users from 53 countries of the world.

While developing piglets in the book “Three Little Pigs”, the main difficulty was that 2D characters were not drawn very clearly. It took a lot of time to animate the ears. But what we really had to tinker with was the Wolf. It was necessary to work out the clothes of the character in as much detail as possible. As a result, we created a wolf, which is not at all like other wolves in fairy tales. We made him for a real dude in a modern hat.

For the Hippo Magic application, we have developed an interesting piece with the animation of the characters. As soon as the animation starts, the character seems to jump out of the page, disappearing on the image in the book. It makes the real effect of animation, that is no longer an illustration on the page, it runs alive.

In the Christmas season, Live Animations created a series of animated Christmas presents for Gotek Holding, the largest packaging company in Eastern Europe. A series of Christmas gifts was included in the collection of the author's "Live Photo" Live Animations application.

Creating Christmas characters is a pleasure. For thematic campaigns, characters of a particular brand are rarely used from the very beginning. Basically, this is the revival of animal symbols of the year, as well as the main folk heroes - Santa Claus and Elves or Father Frost and Snow Maiden.

In the work on this case, the most difficult thing was that the concepts changed several times. 3 people worked on the same animation at once to deliver everything in time.

A big role here is played by the script. It is necessary to create a story that would be associated with the visual design of the package, which would convey the spirit of the holiday and would not be used too often. Creating scripts that are not similar to each other is very important. We developed dozens of New Year's scenes in AR: these are palaces with fabulous characters, an ice rink, and even a pirate with a treasure chest.

We also worked with a customer who represented the interests of the railway company. And then we created AR-stories, where the main roles were played by locomotives that took people to New Year's adventures.

My Yeti augmented reality app for ice cream makers. Live Animations created and animated the Yeti snowy family. We developed 20 cartoons in AR, which can be viewed directly from the packages of 5 different ice cream types.

It took almost 6 months to crate characters and their legends, the customer had no preliminary ideas at all. The main task is to make the characters not only attractive in appearance, but also memorable with their traits, stories and features.

We've been working on Yeti's dad for the longest time, since at that moment we thought he would be the only character. We wanted to convey the weight, size and power of the Bigfoot. But it shouldn't have made him clumsy fat man. After dozens of sketches, several circles of edits and statements within the company, a charismatic father, Yeti HUGU, appeared.

When we decided on the appearance of the characters, we faced another problem - the visualization of fur in a mobile application. We conducted a lot of research and tested different techniques until we came to the decision to draw fur on texture. This made it possible to lighten the requirements of the application so that any smartphone could easily play animation in AR.