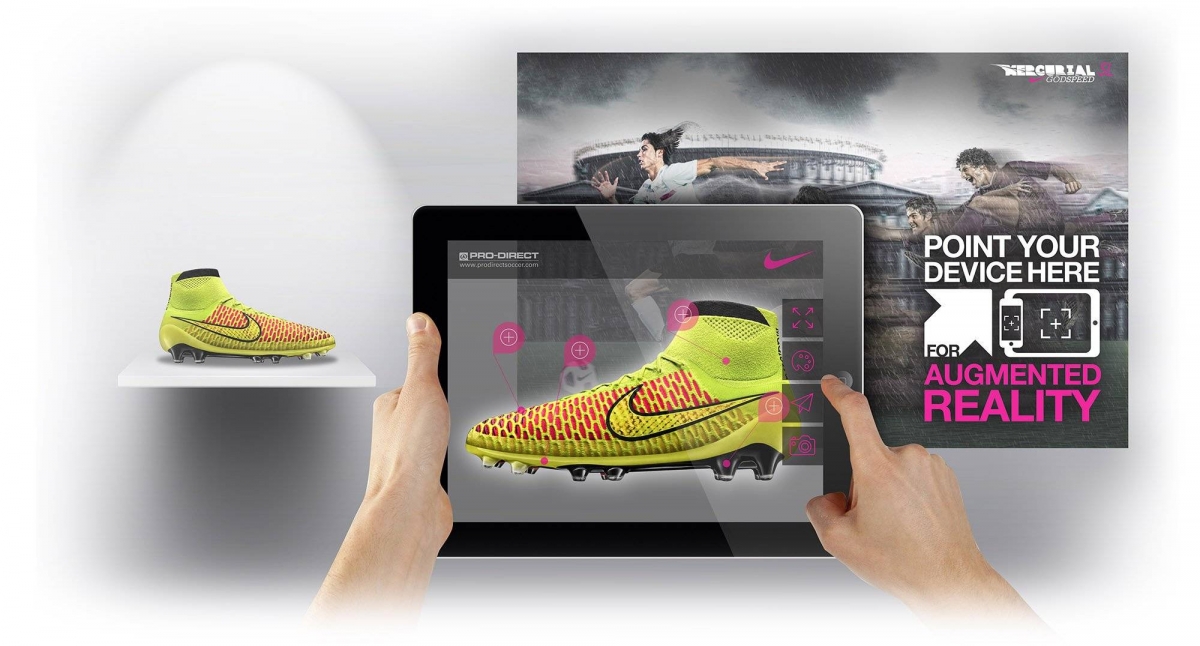 AR is the best way to promote your product and fight bots.

An exclusive batch of branded sneakers might sometimes be too expensive, a pair of athletic footwear can cost even someone's life. This is the opinion of the fans of sneaker (common cases where fans of sports shoes killed other people for a new pair of sneakers), so Nikebegan to sell the newest batch of sneakers online only to eliminate fully possible acts of violence.

This method of sale is also not the most preferred for Nike, as when selling and drawing sneakers hackers used special bots that buy and reserve the newest batch of sneakers automatically. Ordinary users have to sit online around the clock to buy the expected sneakers on the Company's website and even in this case they have only a few seconds to buy an exclusive batch of shoes.

However, the famous brand decided to use the latest technology, such as augmented reality against hackers. The test of the new technology began after the launch of an exclusive batch of sneakers, the design of which was developed together with the famous chef David Chang.  The Company has released a special application on the IOS operating system and the use of this application was the only way to purchase a limited batch of shoes.

The program worked as follows: the user enters the application, clicks on the 3D model of shoes and puts the camera on the restaurant of David Chang. The application also had other functions: for example, it allowed to interact with special posters that posted Nike throughout New York. First of all, the new technology pursued the goal of marketing and promotion of two different brands, that was completely successful by the innovative technological solution. In addition, each interaction of users with objects in AR is registered in statistics, which allows reading information about the success of the advertising campaign in real time.

Apart from advertising product, the application of AR allowed to solve the problem with bots, because all actions in augmented reality require real interaction from buyers, so the system of hackers is not working in this case, when they automatically bought a batch of sneakers. As explained by the employee of Nike Heidi O'Neill, the innovations in the product distribution system through augmented reality have brought great success and have allowed eliminating use of bots and other methods of fraud almost completely.

After the successful application of the AR Nike plans to further expand the application of innovative technology for the sale of its products. In fact, the technology works similarly to Pokemon Go - it is necessary to collect several different markers, without which it is impossible to make a purchase for an exclusive batch of shoes. Once the markers are collected, it is necessary to confirm twice the address and data of the electronic card to activate the order. The main difference from PokemonGo is that it takes only a few minutes to find all the necessary markers. Of course, it is a little longer than the standard online purchase, but much faster idling in queues.

An interesting example of AR technology application was noticed by the journalists, which were invited to studio S23NYC by Nike. In Chicago, fans of the Company using the SNKRS AR application had to find a place where markers are located, giving access to buying sneakers by a blurred image. According to the company employees' assurances, after accurate information on finding markers, all pairs of shoes were sold in less than 20 minutes. Technology is in great demand and finds a positive response from the fans of the Company, wherefore Nike in the future will conduct similar actions in many cities around the world.

Based on the words of the Chief operating officer of the Company Adam Sussman, after successful application of AR the Company is far from changing the classic system of purchases over the Internet. According to Adam Sussman, the Company always strives to protect the product from bots, but at the same time offers its customers the freedom of choice and does not limit the ability to buy Nike products only by one particular method.  "Our goal is to provide shoes for not dealers or robots, but for ordinary people"-this is the task, which adheres to the brand of athletic footwear Nike.

Sussman though did not share specific data, but hastened to assure that the application of AR brought great success and allowed the Company to defeat the bots almost completely. An additional reason for the use of AR technology is the launch of ARKit on Apple phones, thanks to which augmented reality technology has come to the masses and Nike wants to be one of the first companies that use an innovative way to promote their products.

At the moment, none of the Nike competitors have yet used augmented reality technology, but the high success of the SNKRS AR application ensures that such companies as Adidas will also use such technology for marketing purposes.