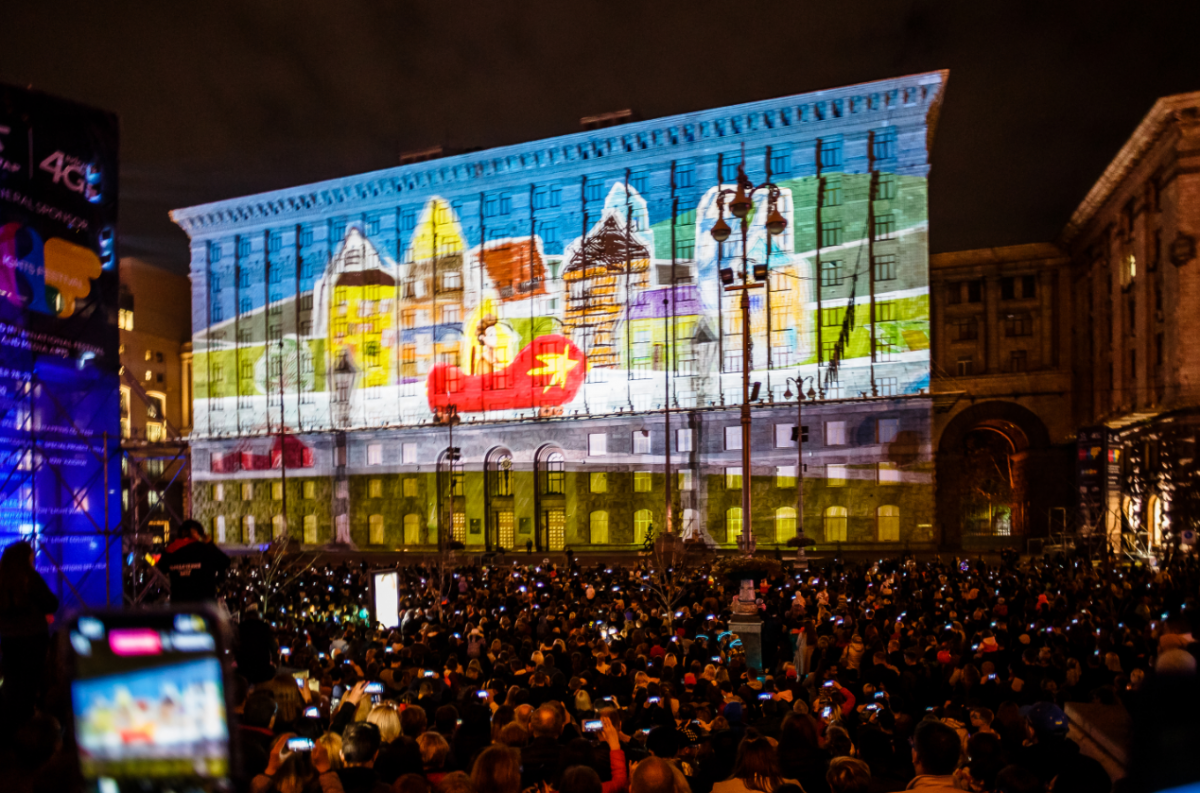 We were the first in the world who implemented an AR project for Kyiv Lights Festival.
Let’s talk about this project in a nutshell. The idea of the project: Firstly, thousands of children drew their dreams on paper, and then in the middle of the light show on the capital’s mayor's building, with our mobile application "Промінь Мрiй", thousands of people on the street were watching how children's dreams were coming to life and flying into space. That was amazing!
We faced a completely difficult task, no one in the whole world has implemented such project before us. The main difficulty in creating this application was that it was projection mapping. In other words, there are video slides that are projected onto a building using special projectors. This video was a marker for AR launching. We were the first who used the video as a marker for augmented reality launching, and that what made the whole project complicated. While the huge slides and animations were demonstrated on the building, people could watch with the help of AR application how children's drawings came to life and flew into space to come true.
A charity fund invited us to take part in that case. That was their idea to implement such project. They collected thousands of children's drawings, and we helped to pick out the most suitable pictures for AR. Then our team created 3D Models that were inspired by these drawings. They became tridimensional and brighter. Then we animated these 3D models and created an AR application with all the animations.
The project Здiйсни Мрiю exceeded all expectations. Thousands of children's drawings flew from the city center into space in augmented reality. Simultaneously the radio signal was launched into space from the country's largest radio telescope. Now children’s dreams will be in the universe forever.
It turned out to be an amazing AR show, and this grand project was fully paid off. Thousands of enthusiastic whistles, cheering and applause were the proof of this.