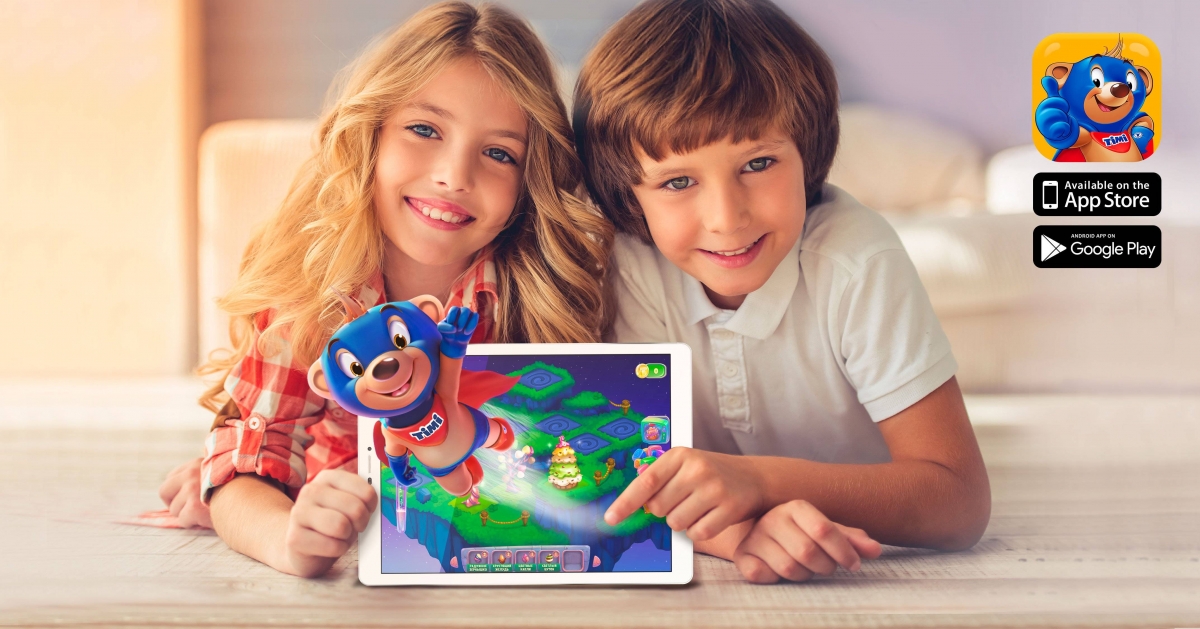 Live Animations released an AR Application with 20 cartoons, average 3 minutes length each, for one of the largest confectionery manufacturer company Konti Group. As a result, we got a multi-episode animated film one hour long in duration! It can be considered as full-length animated film in augmented reality. We were the first to make such film.

As a result, Live Animations team not only animated Timi bear but also showed its nature and mission, created its friends and the world around them. Moreover, the team benefited a lot to the product as it created lots of educational and learning content.

On the technical side, no one has used ARcore, ARkit technologies for marketing purposes before. Live Animations, on behalf of Konti Group, were the first who combined in one application animations that work with the usual AR technology (package recognition and animation playback directly on it) with the ARkit / ARcore technologies (allow to watch animations on any surface, walk right next to the characters and watch the cartoon from all sides). Moreover, there are 2D games in the application.

As a result, packaging turned into a powerful communication line, both in terms of consumer interaction and for gaining better insights. It becomes brand’s own media source that connects to customers through their most important devices - their smartphones. This helps marketers see the situation and better understand what in the product needs improvement so that it meets all the customers’ needs even better, and eventually makes more sales. In addition, it helps see if the product’s advertisement works right.

The marketers and management team from Konti Group understood that the idea was an innovative marketing solution. Besides that, they also conducted target audience surveys at all stages of the project. There were many versions of stories with Timi, but the surveys showed what exactly was interesting to the children. This emphasizes how much the manufacturers themselves were serious and committed to success.

Andrey Tymoshenko, founder CEO of Live Animations, said: “No one in the world among manufacturers of children's products has done anything such innovative, creative and large-scale. Live Animations and Konti Group together created the breakthrough, groundbreaking, creative product and a worthy embodiment of a brilliant marketing solution.”