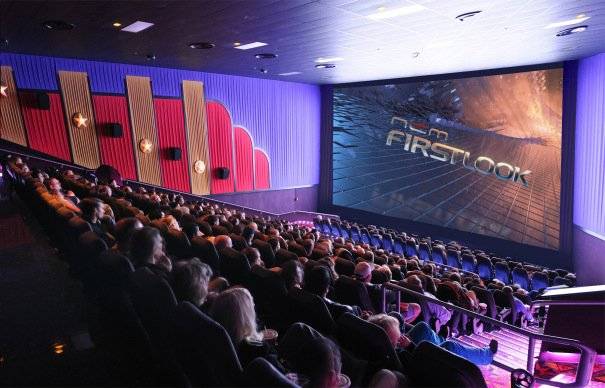 Regal Entertainment Group has contracted with Media Hall to develop Moviebill, a version of the AR posters for the film industry.

Moviebill will work from the Regal Mobile Application and will include an exclusive cover for a particular movie, interesting episodes shot off-screen, deleted scenes, games. It will be a 28-page resource working from collectible souvenirs that will be distributed free of charge to ticket buyers in movie theaters.
Moviebill will offer many activations from digital content via smartphone, but its physical launch will begin in 2018 in Regal Entertainment Group cinemas.
The user's visual recognition scanner built directly into the Regal Cinemas application will refer to online content. Moviebill will be available on more than 7 million devices currently connected to the Regal. The creators say that this base makes Moviebill the largest AR platform entertainment network to date.
Although investments in VR continue, many industry observers see more practical growth potential in AR, which has a lower threshold and does not require special equipment. Pokemon Go game app, which became a sensation in 2016, practically confirmed the focus on the potential of AR in the field of media and entertainment. In an effort to preserve the age-old leader spot in the vulnerable ecosystem of cinemas, Regal sees AR as a way to create greater loyalty from their customers.
“Moviebill provides an experience for moviegoers that helps bring the movie to life and promotes a deeper connection to the movies in our theatres,” said Ken Thewes, the circuit’s CMO. “We chose to incorporate Moviebill because it continues our goal of enhancing the moviegoing experience, giving movie fans more of what they want directly in their hands.”
Designed as a collectible souvenir, each edition of Moviebill will contain an exclusive cover for your favorite film and will be individualized with a local theater name and a copy. All Hollywood studios are developing AR-images for launch by 2018, among them - behind the scenes, deleted scenes, games and commentaries to the episodes. The program will also integrate data from the IMDb movie site.

Trigger Global, known for such films as "Star Wars," "Hunger Games," and "Spider-Man," was hired to create an AR landscape for Moviebill.