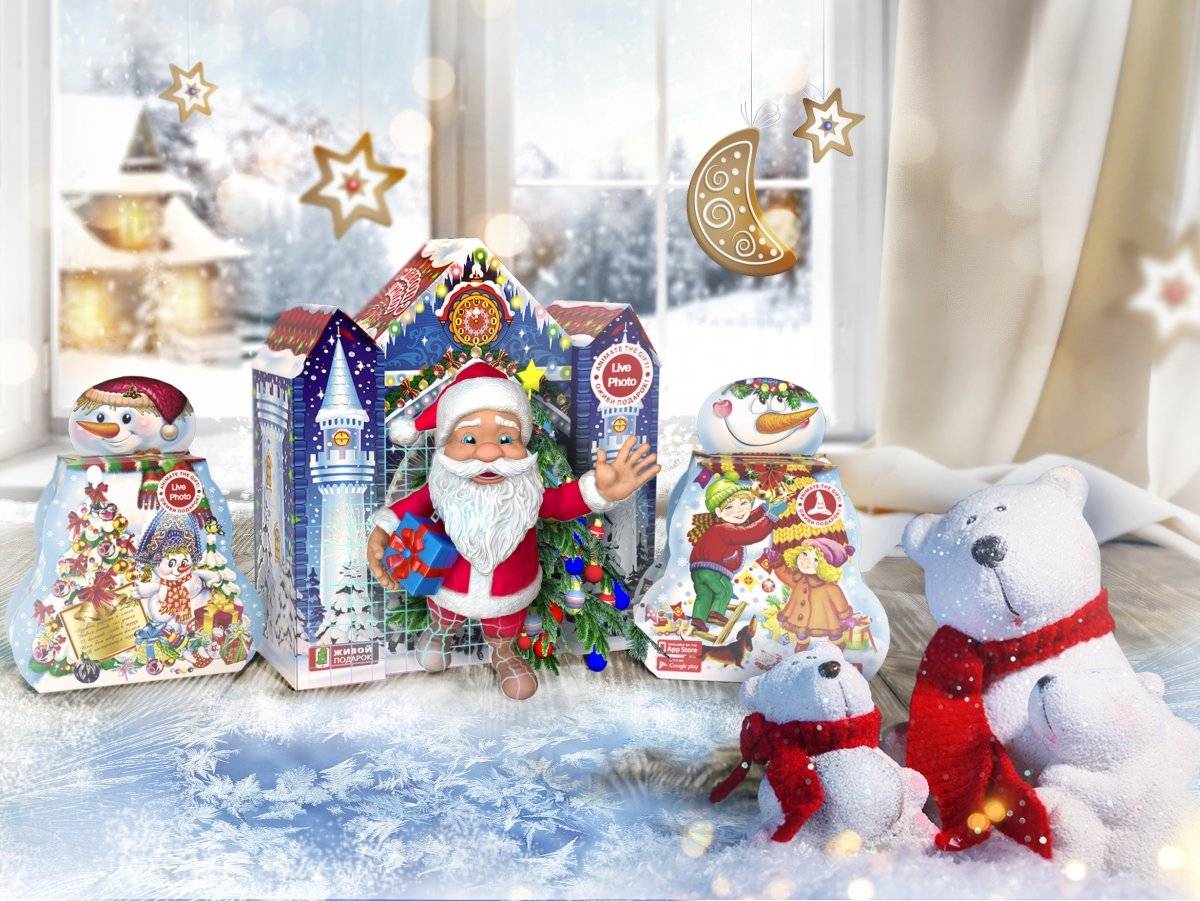 During the Christmas season we created a series of animated New Year's gifts for the holding company "Gotek" - the largest packaging enterprise in Eastern Europe. A series of New Year gifts was included in the collection of the author's Live Animations’ "Live Photo" application.

The business challenge was to create an innovative product that would allow the holding to win a tender for the supply of New Year packages of Russian Railways.

The solution – we have developed a series of characters and animations that immerse the user in the magical world of the holiday with the help of AR. Fairy-tale characters magically come to life, congratulate children on Christmas and arrange a real show for them.

The result - the company Gotec won a tender for the supply of New Year packages for Russian Railways 2 years in a row. In 2016, a collection of Christmas packages with AR won gold in an international contest from the World Pack Organization in Frankfurt, and in 2017 won the World Contest for the best packaging of the "World Star".