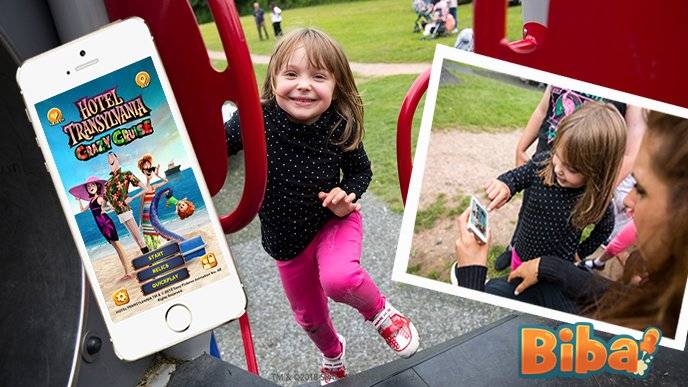 Biba Partners together with Sony Picture Animation want to popularize the cartoon "Monsters on vacation 3" on smart playgrounds throughout the US.

Since its founding in 2014, the Biba Ventures team has devoted itself to integrating AR games and mobile applications into interactive playgrounds throughout the United States. Using their smartphones, parents can scan special access points located on certain "smart" playgrounds to take part in family games.

The latest interactive experience takes advantage of Apple's ARKit capabilities and Android's ARCore platform, allowing parents and children to unite in an AR adventure that recreates the events of the latest Sony Picture Animation cartoon "Monsters on Vacation 3".

"We are pleased to introduce the theme of " Monsters on Vacation 3  on the playground," said Matt Toner, CEO of Biba Venture. "This game allows parents and children to try themselves in the role of the characters of the film with the help of gameplay for a game adventure, which they will never forget. We are pleased to work with Sony Pictures Consumer Products, as they join us in our mission to encourage children to play outdoors and encourage parents to join them. "

While the parent keeps his smartphone, the child can fulfill various requirements of the game. Of course, he needs to be as careful as possible, as different traps are placed on the way. In addition to many problems and puzzles, children will also have the opportunity to unite with their parents to achieve goals, in some cases even saving them from danger!

The idea of AR experience, integrated into the "smart" technology of playgrounds, can lead to a new level of attendance of public gaming spaces. Biba offers many other smart playgrounds on different topics: from adventures in the world with dinosaurs to cartoon charades.