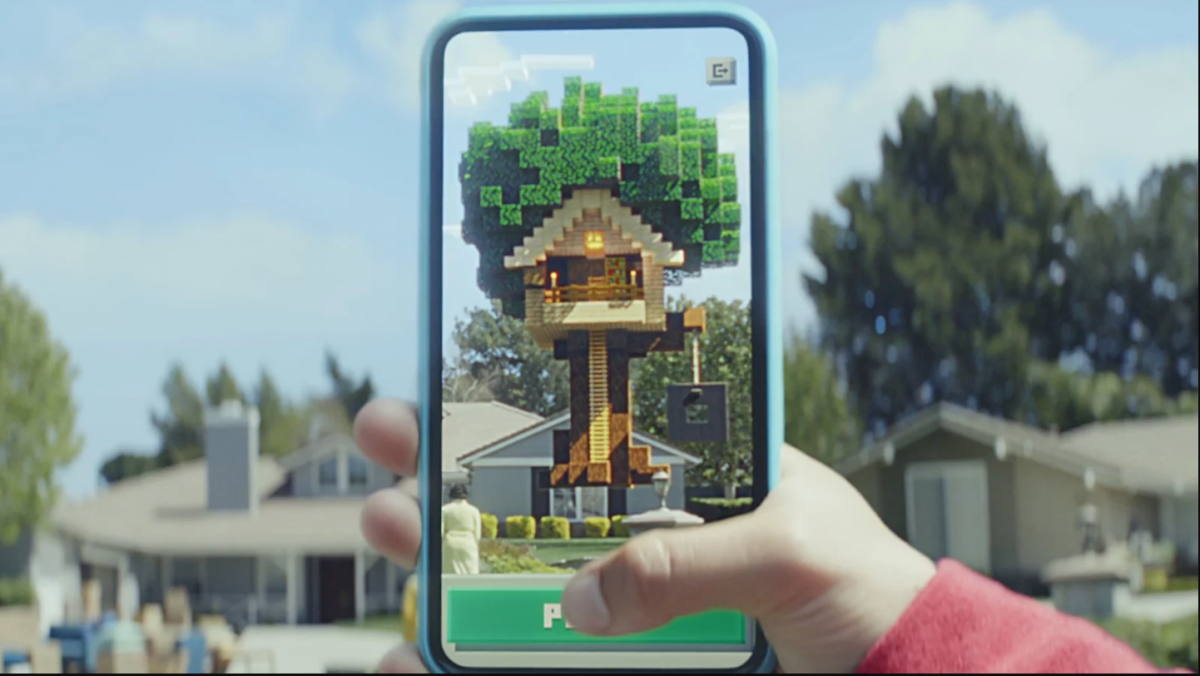 Minecraft Earth - New Location Based AR Game that will Bring Minecraft into the Real World.

There has been quite a lot of developments in the AR technology since the release of the famous Pokemon GO mobile game and Microsoft will launch a next-level mobile AR game - Minecraft Earth, where players will be able to construct Minecraft locations from signature blocks in the real world.

A new AR game will be a great step forward from the Pokemon GO mechanics, combining location-based AR and traditional features of Minecraft, such as resource collecting and building. Players will be able to wander through real world locations and collect resources using AR in their mobile devices to then construct Minecraft locations from them.

All constructions will be scalable and could be first built on a in a room and then taken to a nearby park where, scaling them up to the realistic size. More than that, there also will be Minecraft creatures, wandering around the AR world, which could become a part of user-built locations or attack them.

It is expected that the game will be released by the end of 2019.