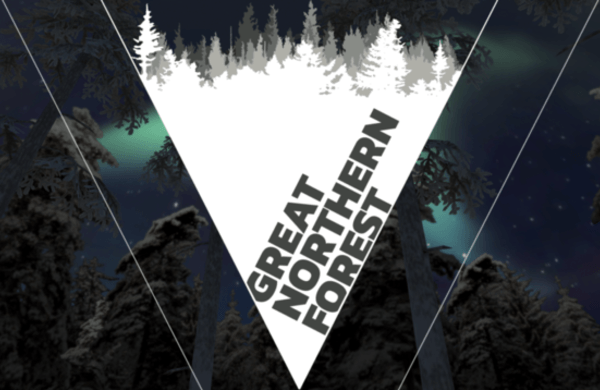 Greenpeace involves AR to inform about the importance of forest ecosystems

A unique ecosystem stretching from Alaska across Canada and Scandinavia to the Pacific coast of Russia, called the Great Northern Forest, plays a vital role in preventing climate change. It occupies almost a quarter of the world's trees, stores more carbon than all the tropical forests together, and contains a diverse ecosystem full of animals such as eagles, bears, wolves and owls. It is also the patrimonial home of many indigenous peoples, such as the Scandinavian Saami.

The Great Northern Forest faces a serious threat of destruction, since only 3% of the forest is actually protected. Huge areas are lost every year, as logging companies use trees to produce various products, such as paper towels and packaging for human consumption.

Greenpeace Nordic hopes to get rid of this destructive practice, using augmented reality to show people the beauty of this ecosystem and let them know how fragile it is.

"We need to protect these forests now, if we want to mitigate the most adverse effects of climate change," Ethan Gilbert says, a participant of the "Green Forests" campaign from Greenpeace. "This will be a significant event in our global campaign to raise awareness of the dangers that our planet will face in case we can not protect crucial forest landscapes".

The idea arose a few months ago during a coffee break at the Greenpeace office in Helsinki. Gilbert and his team had just come from a documentary trip to the Great Northern Forest, after which they were shocked not only by its natural beauty, but also by the rate of its destruction.

"If everyone in the world could see how amazing this place is and how much it is under threat. I would like us to be able to move people there right now!"- someone in the group said, to which the member of the digital team replied that you really can use exciting technologies.

The application, which works with Android phones supporting ARCore 7.0 and above, and also compatible with ARKit iPhone with iOS 11.0 or newer, was developed in cooperation with the AR ARNINE company founded in Helsinki.

Visual experience begins with the appearance of virtual gates on the screen of your phone. As soon as you pass through them, you are  immediately taken to the camp. When you start the fire, you will be able to see the shimmering Northern Lights in the clear night sky.