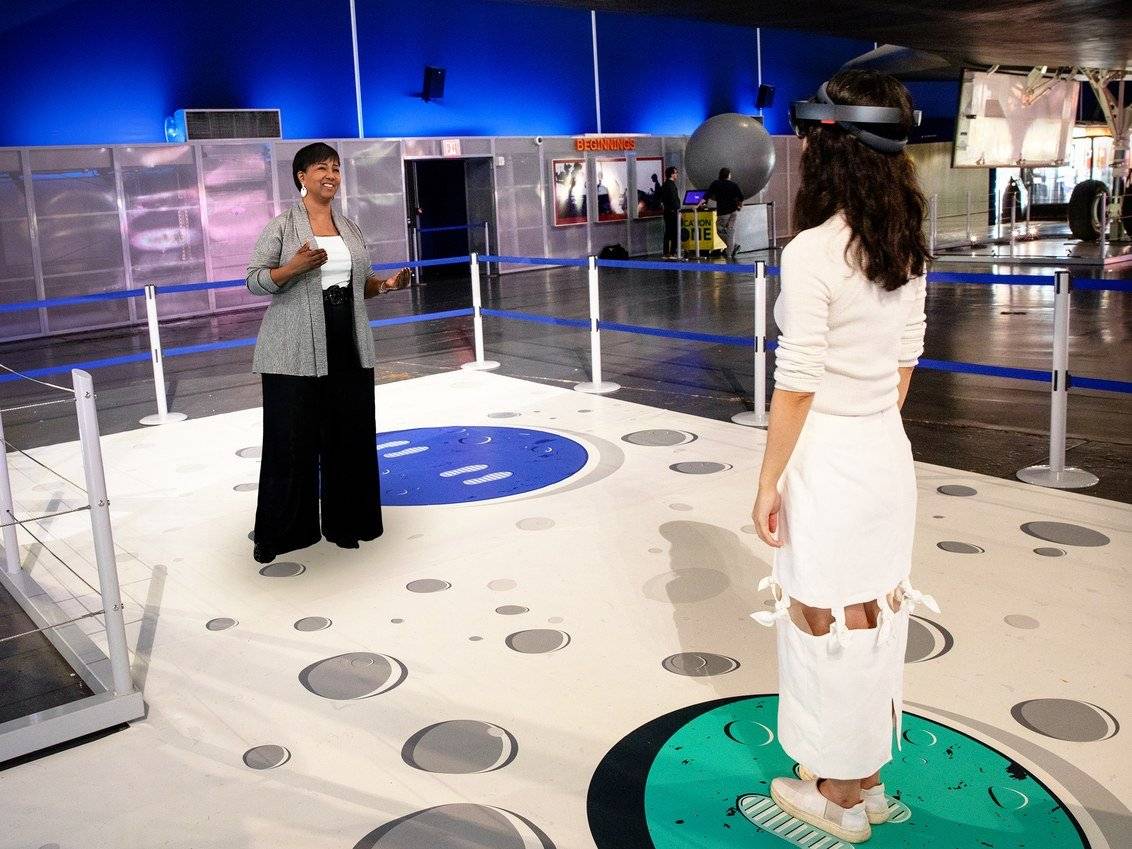 Mae Jemison - the first black woman who went into space. She stood in the middle of the room, and her image in 3D shot 106 cameras. Later - there was her life-size hologram, which could be seen through the Hololens headset.

Jemison talked about how to start a new exhibition in the Intrepid Sea, Air, and Space Museum, which opened in honor of the annual Museum Day at the Smithsonian University.

At the exhibition, visitors will wear a HoloLens headset and watch the Jemison image appear right in front of their eyes, inviting everyone to tour the Space Shuttle Enterprise. Visitors could explore both physical and digital artifacts.

Interactive museum exhibits in the AR, like this, are becoming more common, as the augmented reality becomes cheaper, more accessible and easier to integrate into different projects. Museums increasingly refer to it as a way to attract visitors: whether it's acquaintance with the exhibits in the National Museum of Natural History or a virtual tour to Mars with astronaut Buzz Aldrin in the form of a hologram.

"Cultural institutions ask how we will ensure our relevance in the future? We consider technology as one of the tools that we can use. In the field of technology, there is a lot of opportunities to attract visitors, especially if it's augmented reality," says Chris Barr, director of innovation in art and technology at the Knight Foundation, which this year has allocated more than $1 million to support museums using new technologies.