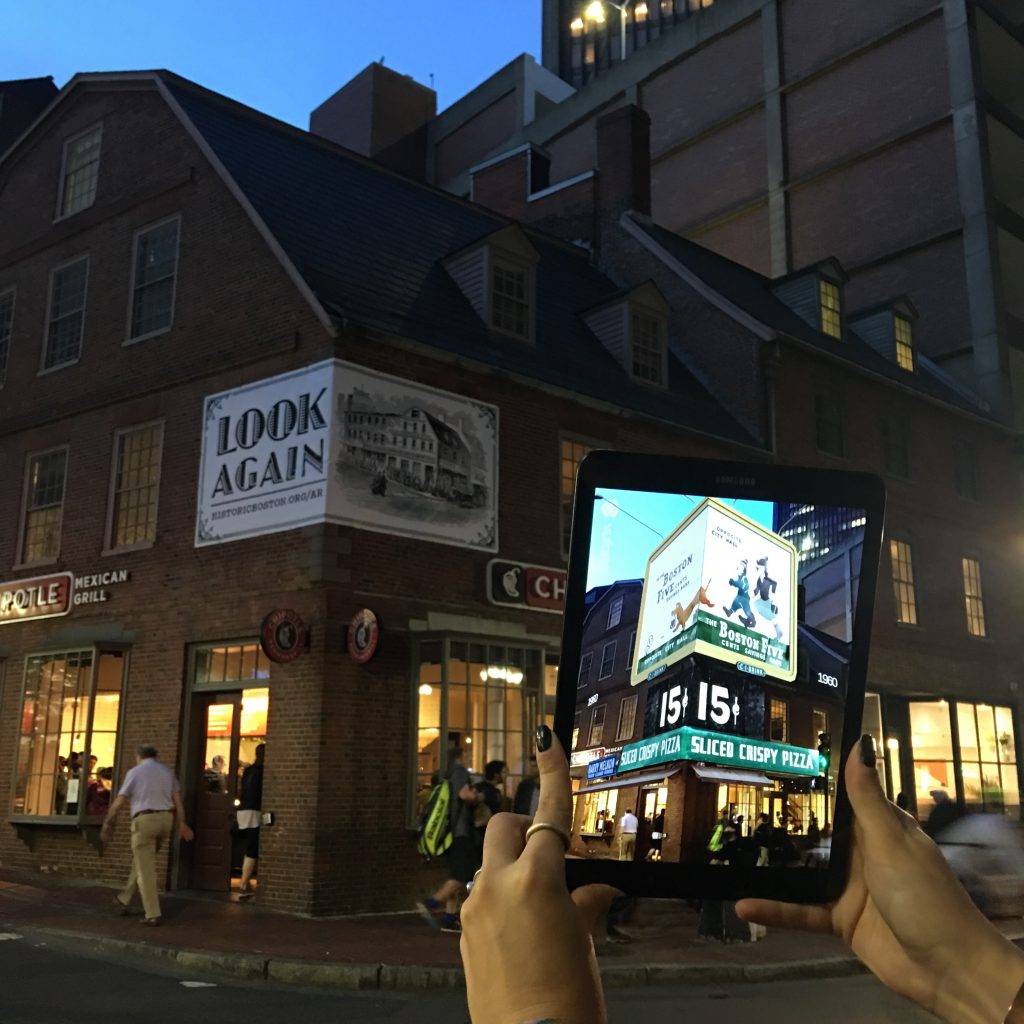 A bookstore in Boston turned 300 years old. With the help of the augmented reality technology, passers-by can see the three-dimensional signs from the middle of the 19th century.

The use of the AR display allows to show several variants of the shop design in rotation. Artists Giovanna Casimiro and Ethan Vogt recreated the signs that adorned the premises in 1850, 1890, 1960 and 1990. Casimiro noted that the augmented reality is an opportunity to work with interesting projects, conquering time and space.

Augmented reality app Look Again is developed on the basis of Vuforia- the famous software. It allowed to accurately and consistently display the images created by the artists. First, the premises were occupied by a publishing house. Then, the store sold jewelry and wood products, later - pizza, and since 1990 - tourist books and maps.

The special application is available from early November. Visitors to Boston can download it and track the change in the design of the store.

Vogt emphasizes the vast possibilities of augmented reality. He notes that the technology has made it possible to acquaint modern people with a piece of history.

Look Again is not the only application that works on the basis of augmented reality for the reproduction of the past. Some analogues are the Lithodomos archaeology app and Timelooper.

Look Again is currently in its beta version. It is only supported by iOS and Android, but it can also be downloaded from SDK.

The architecture of the building remained virtually unchanged. However, the signboard became dramatically different.