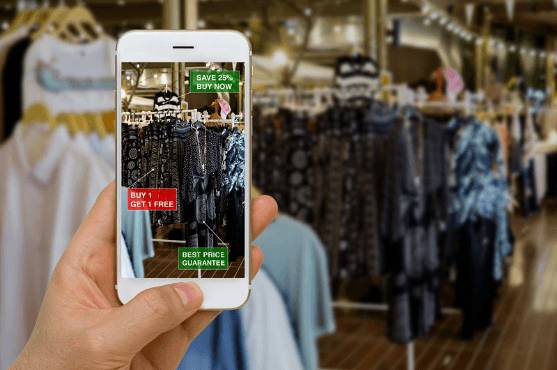 AR-revolution in shopping: blink to buy

PayPal has patented a breakthrough idea − "blink to buy". The concept develops the application sphere of AR-glasses for buyers, which can become a real revolution in the trade industry.

According to the developers, the main element of the PayPal idea is the AR-glasses, which expand the information component of any product offered by a shop, restaurant, other institution, working with buyers of goods and services.

The idea of the developers is simple: take a look at the subject, get a three-dimensional array of information through a pop-up window of glasses that fully characterizes it. If you like it - blink to buy. Note, the purchase with the help of blinking is provided by a separate line of the glasses menu.

IT experts, commenting on the concept of PayPal, state: a bold idea, laying the source of additional profit. The customer base of PayPal, remind analysts, is the 273-million-strong contingent of buyers. The effect of the payback realized by the idea of PayPal will be multiplied by the inevitable growth of the users of the platform, multiplied by the distribution of AR-points.

Even skeptic experts who consider the use of AR and VR by chain stores as a trivial routine, agree with the demand for this innovation.

The twist of the future project is the use of the buyer’s impulsiveness. You come, you look, you blink and purchase, having paid via PayPal. Even a showcase is suitable, developers explain.

The potential rise in PayPal revenues has already been estimated by marketers. Impulsive purchases of Americans are estimated by monthly spending at the level of $450. A statistical study covered a couple thousand US citizens. The stimulating effect of AR-points will multiply the revenue of the platform.