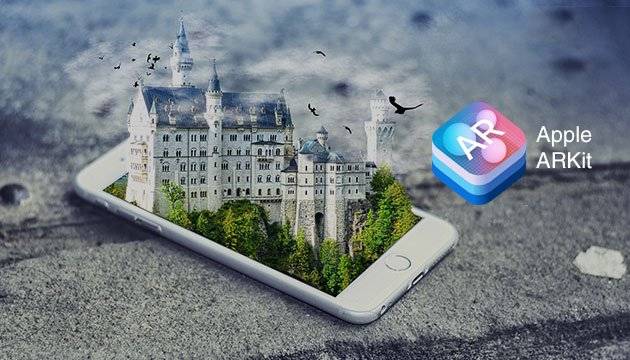 AR is gradually expanding the scope of application every day.

AR- technologies are increasingly being used not only in the marketing industry, but also in the everyday life. A unique ARCity application is already available in the App Store. Augmented reality used in the app improves navigation capabilities of maps. Now, if you are lost in an unfamiliar place on a work trip or vacation, the technological plan of the locality will not only suggest a route, but will also show the necessary landmarks.

While in standard applications, the satellite data serves as a source of information for constructing a route, the data from the camera lens of the smartphone is integrated in ARCity. This ensures high informational content and precision of navigation. Augmented reality is used in the application in three main modes.

- Augmentation of the standard map.

In the first case, navigation works not only on the basis of data from the satellite systems, but also on what the smartphone "sees" through the camera. Visual positioning makes it possible to use a real image of the surrounding world for navigation. When turning the camera on, the user immediately sees through it signs and street names on the direct display of the surroundings. Unfortunately, this mode so far is only available in Mountain View and San Francisco, as well as in London. A much more advanced feature is the mode of map augmentation, which may well be used in more than 300 cities of the globe. By using this option, you can immediately get information about nearby streets and sights.

At the moment, the ARCity application is in beta testing. Unfortunately, it is not yet available for Android devices, because it uses the ArKit platform in its work. Nevertheless, iOS based device owners can already evaluate the results of the Blippar company's developments. The creators promise that in the near future the application will be further perfected with new added solutions and functions.