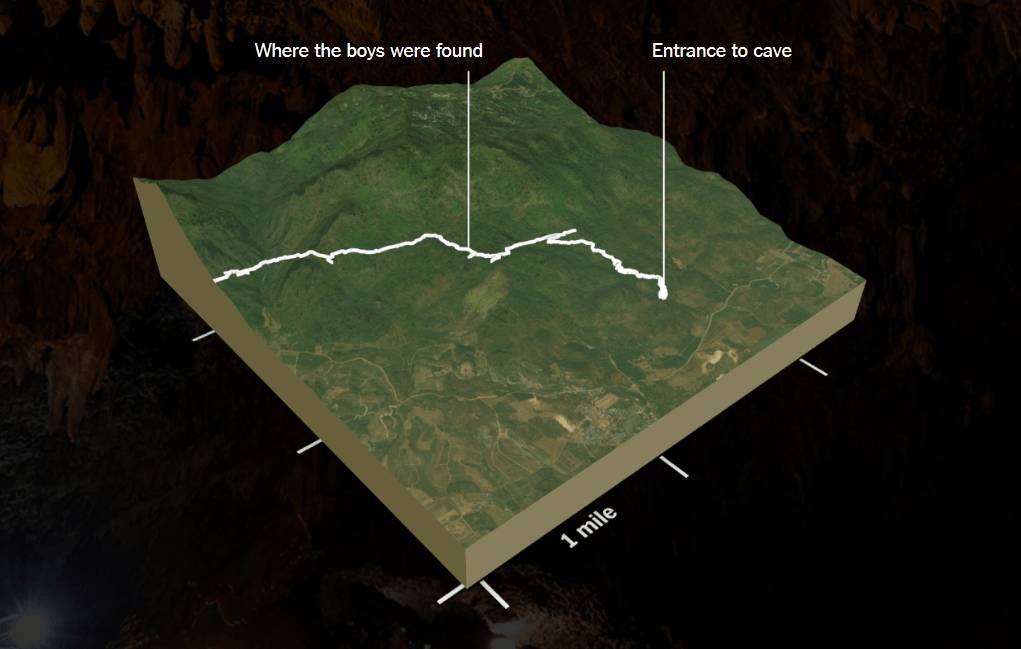 With the help of augmented reality, the New York Times visualized the extremely dangerous conditions encountered by the rescuers of the Thai cave during the rescue of the Wild Boars football team.

This is a story that has been watched by hundreds of thousands of people throughout the world. The Wild Boars football team and their coach were trapped in the Tam Luang cave in Thailand, where they stayed for 18 days, hiding from seasonal downpours. Since it was necessary to act very quickly, a risky plan was developed that could endanger both rescuers and the football team.

Experienced divers had to swim through a cave with tunnels only 15 inches wide. There they would need to move around the underground chamber and maneuver in dark and narrow spaces. Because of the limited space, divers had to either get rid of their oxygen bottles, or push them forward, or pull them from behind. All this happened, simultaneously with saving the children from the cave.

To help you understand how insane and dangerous this rescue mission is, the New York Times created an application in AR that shows you the progress of the operation. You can see how narrow the tunnels were, and how difficult the divers were going their way, putting themselves in their place.

AR / VR application, which can be found in the menu of the official application of the New York Times, provides additional information through which visual experience becomes even more interesting.

Using the application, you will be provided with the text of the story, and when you read the details and scroll down, the application will automatically launch your camera and ask you to scan your environment to link the AR image to it. Next, you will see a completely black screen with openings that represent the same size of the tunnels through which rescuers moved.

This is not the first AR experience for the New York Times. Before that, the newspaper already had 6 different experiments using this technology, but this is their first experience with AR, which is not dedicated to 3D models.