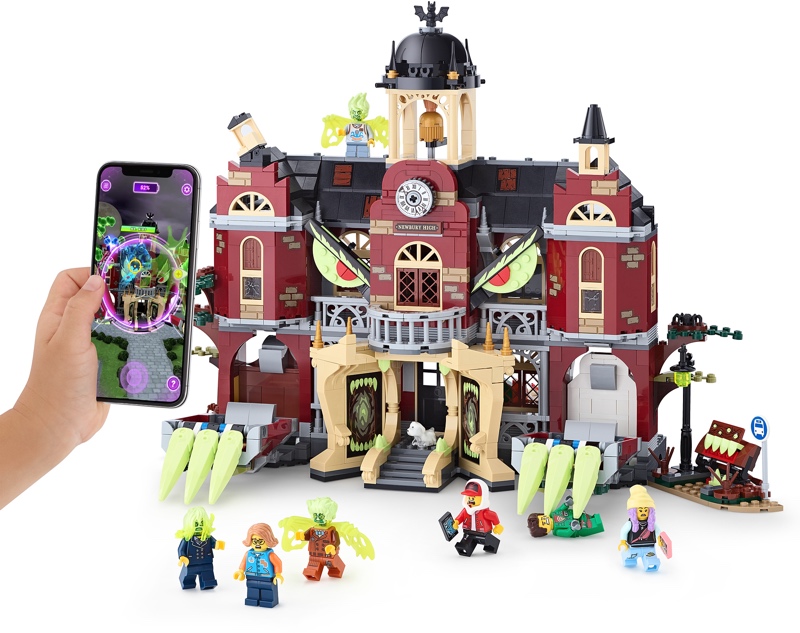 Apple begins selling LEGO’s new series of building kits “Hidden Side” that could be scanned via a mobile phone to activate AR content on iOS devices.

“Hidden Side” is a new series of building kits by LEGO, focused on mysteries, puzzles, and ghosts. After constructing a mysterious castle, boat or a bus, kids would be able to scan it with their Apple mobile device and see mysteries come to life in augmented reality. For example, after constructing a wrecked shrimp boat, kids could scan it and see how the characters come to life and tell stories, as well as enter the battle with the sea monster as an AR mini-game experience.

At the moment, there are 4 AR active “Hidden Side” LEGO kids available on App Store:

All 4 include puzzles, mini-games, and hidden secrets that could be activated in AR. As of now, the sets are only available at digital App Store, but their App Store retail release might be just around the corner.