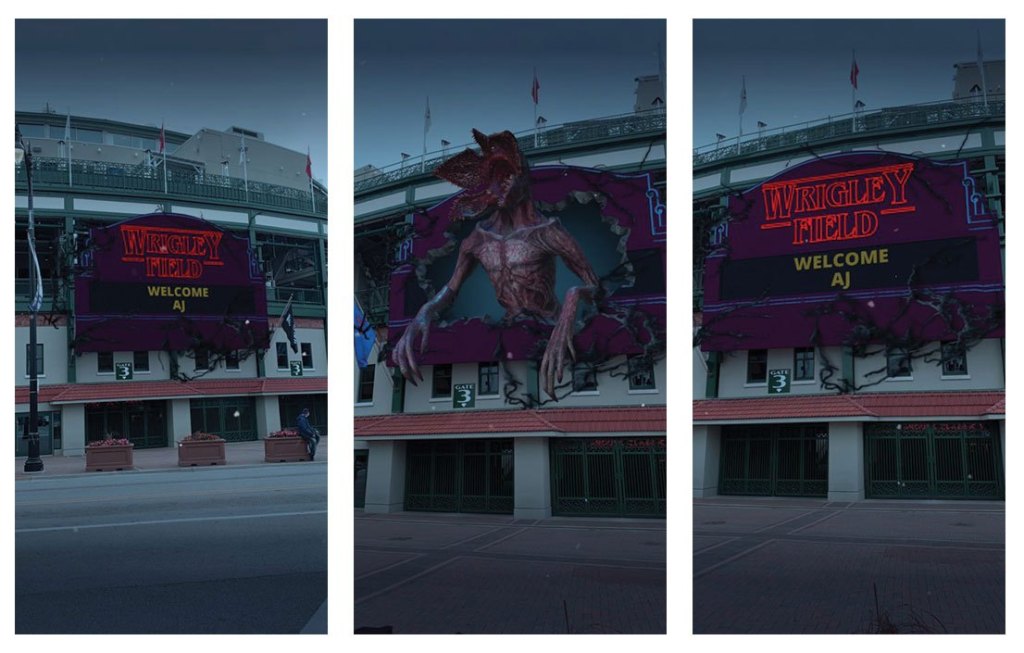 All Chicago Cubs fans that visited their home game on June 24 could activate an AR experience by scanning a marker sign via Snapchat and summon Demogorgon from the famous TV show. With the help of augmented reality, the demon spectacularly tears out from the Chicago Cubs name sign on the stadium and enters the real world. Using Snapchat as an activation app, Chicago Cubs aim to reach their younger fans among which Snapchat is traditionally very popular. Take a look at the effect yourself: