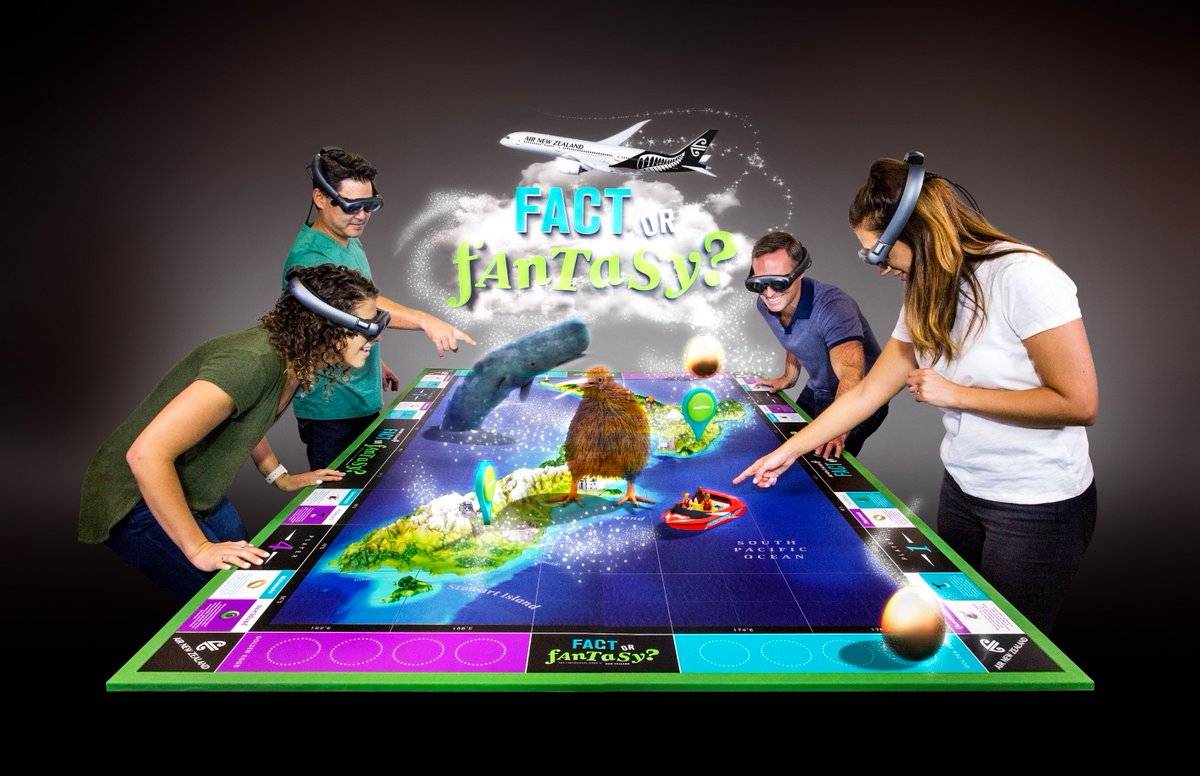 The airline has developed a large-scale three-dimensional topographic map of New Zealand, which was put into the shell of an exciting game for the whole family. The Air New Zealand Factor or Fantasy Game was introduced at L.E.A.P. conference, it could be played via Magic Leap One.

“This concept came from the idea of combining two things: the ability to play a board game and travel with family and friends. We have developed a multiplayer game in which up to four players can participate. Each of them is immersed in the world of augmented reality, where you can learn everything about New Zealand's life, inspire and educate travelers, - Jody Williams, general brand manager and content marketing for Air New Zealand says.

Developed together with Framestore studio, another partner of Magic Leap, this experience engages users in the variety of activities: from a helicopter bungee jumping and tour with whales to meeting hobbits. In addition to the visual effects, the game also offers a quiz component to draw users into the world of New Zealand culture.

“As a developer and creator of this game, we were able to test and learn everything we needed, created an incredible platform for exploring the potential of this technology as part of our future Aircraft Cabin Experience program. It will even include concepts such as the ability to redefine customer expectations from the physical environment of the cabin, ” Jody Williams claims.